Free Shipping On Orders Over $99

Sold Out
Share:
This gorgeous French Bulldog will delight the kids, as they piece together these micro building blocks to create their very own pet. Great for kids aged 8+, Nanoblocks are the tiny building blocks with personality.

Give the gift of a new best friend. This gorgeous Nanoblock French Bulldog is one of the latest additions to the Nanoblock family. Boasting the world’s tiniest building blocks, these fun sets offer lots of fun for older children and adults to. They’ll carefully piece together each micro building block to create their masterpiece.

Notify me when back in stock

Give the gift of a new best friend. This gorgeous Nanoblock French Bulldog is one of the latest additions to the Nanoblock family. Boasting the world’s tiniest building blocks, these fun sets offer lots of fun for older children and adults to. They’ll carefully piece together each micro building block to create their masterpiece.

More From This Category What Do They Do with All the Poo Book What Do You Do With A Problem

Let Your Child’s Creativity Roam Free with the Nanoblock Bulldog

What Is the Nanoblock Bulldog?

The Nanoblock Bulldog is the latest addition to the famous Nanoblock family. Nanoblocks are a Japanese invention, first developed in 2008. The blocks soon became popular with many children around the world, so these blocks have taken the toy market by storm.

There is a difference between the Nanoblock and the standard building block you will find in other toy kits. The Nanoblock is 1/8th smaller than the normal toy block, which enables children aged 8 and up to make more complex creations and let their creativity roam free. Naturally, Everything but Flowers also offers normal blocks for younger children in the range of presents for kids. So, if your child is too young for these amazing Nanoblocks, you will find other options suitable for your child’s age.

The Nanoblocks used to create this bulldog measure 4 millimetres by 4 millimetres; this means that creating this bulldog will take good fine motor skills and patience. With a total of 100 pieces, this set of Nanoblocks is ideal for creative children who like a nice challenge. If your child fits this description, be sure to acquire this Nanoblock Bulldog from our range of presents for kids!

What Benefits Do Toys Blocks Have for Children?

Parents who have experience with the educational and developmental benefits of toys are already familiar with the benefits of toy blocks. However, it can be useful to see an overview of the benefits, so you can determine if a toy block set is a present your child can benefit from.

During a study executed by Yvonne Caldera in 1991, 51 pre-schoolers were monitored during construction activities. The observed children showed more interest in construction than other activities and could build quite sophisticated structures. These children also seemed to perform better on a standard IQ-test.

Other studies executed in 2014 and 2015 showed similar results compared to the 1991 study of Yvonne Caldera. Results from these studies showed that building creative structures encourages children to test the things they visualised in their mind and enabled them to mentally rotate objects before building them. Therefore, researchers believed that the use of toy blocks could help children to develop superior spatial skills.

Construction plays has not only been linked to superior spatial skills, but also to improved math skills. One study examined the link between construction play and the ability to learn and understand math. Researchers started following the test subjects from the age of four, and followed them all the way to high school. When the children reached their teen years, children who used to play with blocks obtained higher scores on mathematics than children who did not.

A second study wanted to discover if there was a link between a child’s ability to create certain structures with toy blocks and their current mathematical abilities. The study was executed on pre-schoolers as well as tweens and adolescents. Those who were better at building creative structures with blocks, also seemed to do better in mathematics.

The final study, executed in 2014 in the Netherlands, found that children who preferred to play with blocks in their free time were better at mathematics. They also proved more efficient in solving mathematical word problems. Because of all previously executed studies, researchers believe strongly that there is a link between construction play and mathematical ability.

Children can make all types of different constructions with the same number of blocks; therefore, researchers believed that block play could improve a child’s ability of thinking divergently and wanted to investigate this phenomenon. There is also scientific proof supporting this claim, obtained during a study by Pepler and Ross in 1981.

Parents who let their children play with toy blocks together are directly improving their children’s social skills as well. This phenomenon could prove especially useful for children suffering from autism, since autistic kids attending group sessions with toy block play showed greater social improvement than children who did not.

More Toy Blocks at Everything but Flowers

Do you want your child to benefit from playing with some toy blocks, but are the Nanoblocks a little too complicated for them? Be sure to have a look at our presents for kids range, since this range contains more toy blocks suitable for children of all ages.

Of course, there are many other block sets to discover, so head over to our range now to see which block set could bring your child hours of fun, as well as some educational advantages that could benefit them later in life.

Thanks for delivering the box of goodies to my Dad today. The gift made a difference to my Dad's day.

Brown Brothers Premium Red Wine Gift Pack
"Beautiful quality wines, our friends were really pleased with this gift and we will definitely use your service again" 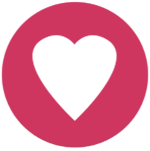 We love what we do,
because our job is to bring a smile to the faces of people you love through the gifts you choose!

Did you know you can add a free gift card with every order? .

Exclusive deals, competitions and product announcements. Follow us on: